Most Common Types of House Spiders 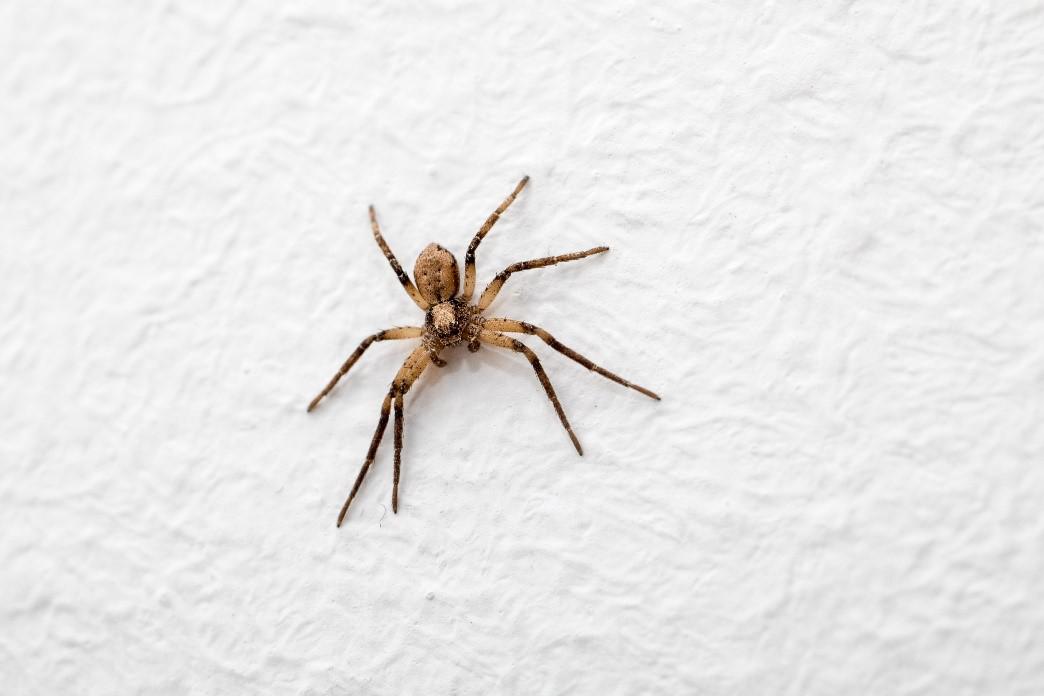 Spiders are everyday pests in American households. The eight-legged creatures typically frequent bathrooms, attics, and basements, though they can also be prevalent in other parts of your home. While most types of house spiders are non-venomous, you should be wary of a few poisonous species. Knowing the common variations, like the brown recluse, will help you with spider identification and removal should you see one.

Within the Loxosceles species, the brown recluse holds the distinction of having the most venomous bite. In fact, this variant is one of the most dangerous house spiders, as they can cause necrotic skin trauma that requires immediate medical attention.

You can identify brown recluse spiders through their distinct violin-shaped back marking. They prefer hiding in secluded areas such as basements and cellars as well as clothing items, so check your items carefully before using them.

If you see a tiny gray spider with white markings and a round abdomen, you can identify it as the American House species. This type often makes webs around dark and undisturbed parts of your home, such as basements, corners, garages, and furniture's undersides. Though common, they pose no danger to humans, as they mostly catch insects for food.

Some prevalent types of house spiders come from the Pholcidae family. Often called the daddy longlegs, this subtype can be found in damp and dark places like garages, warehouses, and, of course, cellars. There are short and long-bodied species that both have weak bites which can't penetrate human skin, so danger-wise, either isn't any cause of concern. Like other bugs, cellar spiders' priorities only lie in hunting for food.

Four big black eyes and hairy limbs are some distinguishing features of a jumping spider. This arachnid type has over 300 species, which all share striped markings around their bodies and the ability to leap great heights. These jumpers are not aggressive spiders, as they only attack in self-defense. They spend most of their waking hours crawling around and hunting for food, typically on your home’s walls and ceilings.

Another dangerous type is the sac spider, whose bite packs a cytotoxin-filled venom harmful to people. The nocturnal species typically sleep during the day and hunt for food by nighttime. If you see these pests, it's best to remove them ASAP using a broom or vacuum. Their identifiers vary, as multiple sac spiders appear to have green, yellow, or brown bodies.

Most homeowners prefer living in pest-free premises. While spiders help get rid of small insects, their presence does make people uneasy. Venomous variants are also unpredictable threats, so it's necessary to perform spider identification and elimination as soon as possible.

Reach out to Wingate Pest & Lawn for professional bug removal services in Mid-Missouri. Our certified team can help you with spider pest control to keep your home free from these eight-legged creatures.